Statusbar is a complex task that deserve its own article. Both statusbar and titlebar, are using wibox. We need to examine the titlebar first, and then continue exploring statusbar. 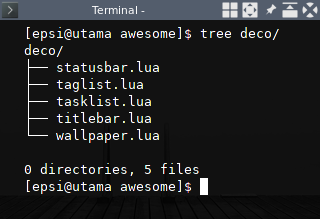 We are going to call these scripts in deco/statusbar.lua.

And call the deco/titlebar.lua script in theme later. 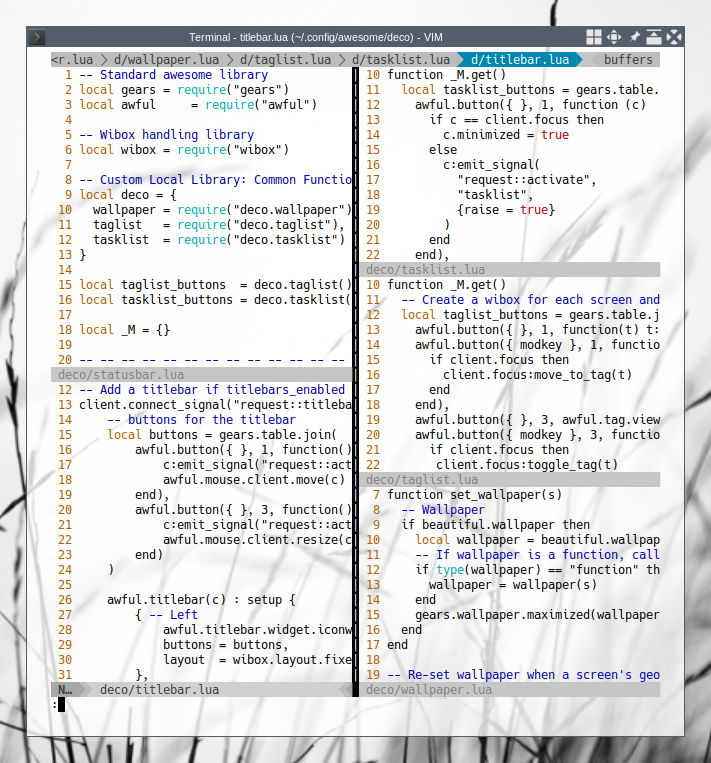 Button Bindings for the Titlebar

We have three parts in titlebar:

Now we have already introduced wibox layout as below:

As a summary we need to preview the sekeleton of the configuration.

This is enough for now, we are going to revisit this script, by the end of this article.

As you can see i code above, the wallpaper use s argument. The wallpaper set for each screen.

This is binding button for tag list in statusbar.

This is binding button for task list in statusbar.

Now that all parts are ready, we need to gather them as a complete wibox.

That is all, for simple taskbar.

As a summary, here is the module script

What do you think ?