As I promised you, this is the statusbar article. It is full of Lua coding and Lua refactoring.

I also introduce the second panel, at the bottom as shown in figure below: 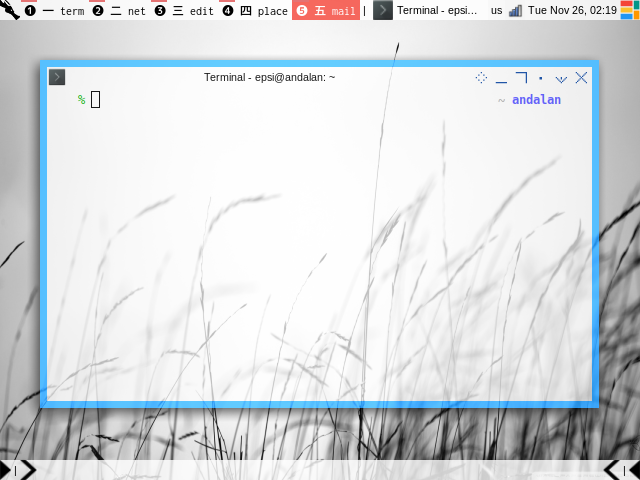 I have already explain default statusbar in

Now we need to refactor further. First thing to do is move your statusbar code, to special statusbar directory, so that we can have many kind of statusbar.

Put the statusbar code at the end of the rc.lua.

The header of statusbar.lua remains the same.

We are going to use this later. 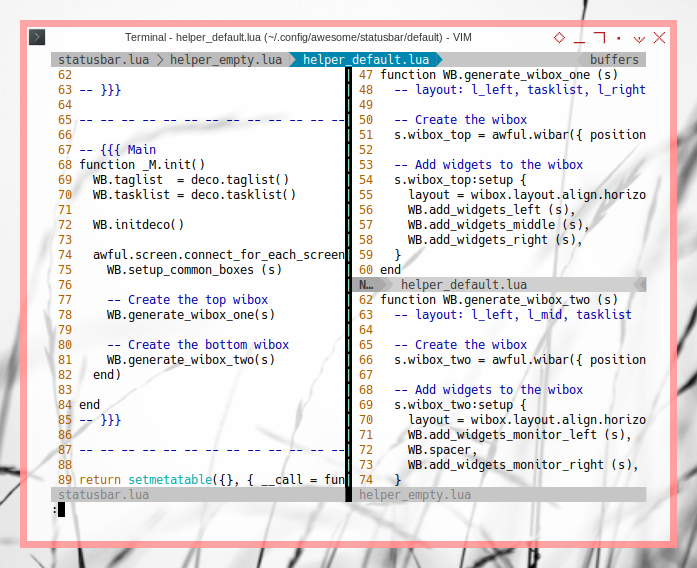 We are going to make a callable init, to support some variable initialization, and such functions.

Now we can call it in rc.lua.

I hope that this is clear.

The WB Object in One File

I would like to separate some code into different file. Thus we need other object than _M. Consider call it WB.

And we can call it later:

The taglist and tasklist is defined on the header above.

The WB Object in Separate File

Unfortunately there is a tendecy that the code, become longer as complexity added, so we need to refactor more into different file.

We need two more helper, and each helper use the same WB Object. For this to be happened, we need to create global object called wibox_package.

Now we know how it works. Consider go further into the details.

Remember this loop in init?

We move each common step in loop in this function below:

Not exactly the same as the default statusbar. In fact, I refactor into three layouts: [left, tasklist, right].

And each widget has each own function:

I also rename promptbox from mypromptbox, so you shold also change it in keybinding.

Do not forget the header, as usual:

The reason I put the second panel is that, I want to introduce some decoration. The next statusbar might use this decoration, and I do not want to burden the next turorial with decoration explanation. I should settle this here, in the first place.

Consider have a look at the bottom panel code:

And we call it in statusbar.lua:

Where are this arrow variable comming from? Of course from theme.

I have made my own custom SVG source, inspired by multicolor theme icons. 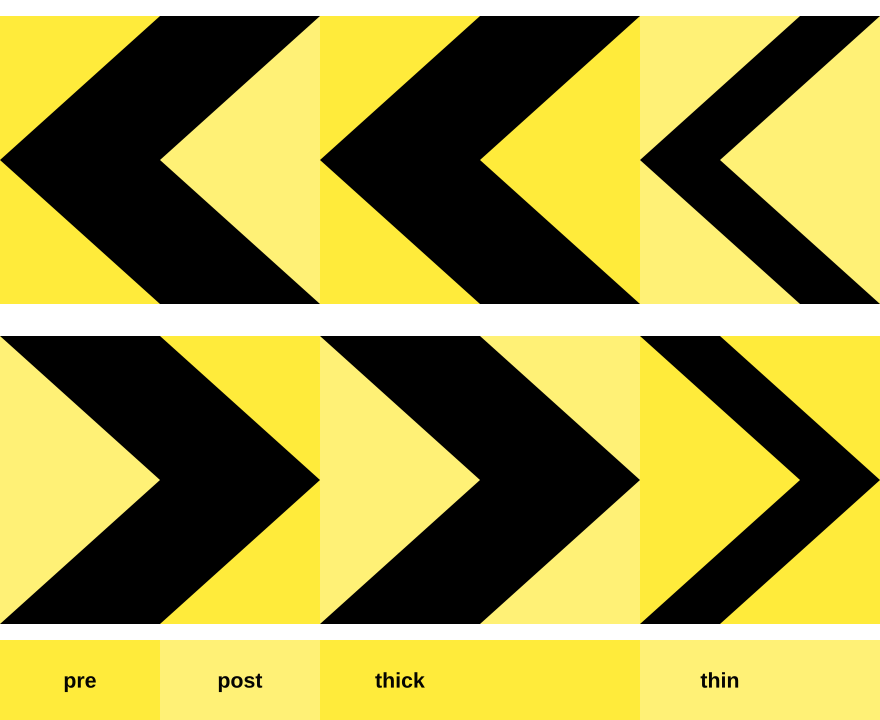 You might want to alter the image yourself to suit your needs, e.g. blue or pink, or minimalist shape something.

This time, we do not need middle layout.

So we only need two function: left and right.

Just in case you forget:

Now that we are done with refactoring the default statusbar, we should be ready for a more complex statusbar, such as using Vicious library, or Lain library. 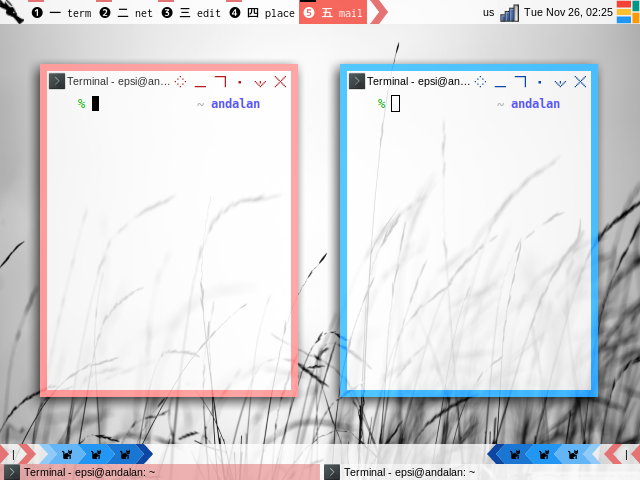