Using Vicious Library, we can manage monitoring widget, in statusbar. 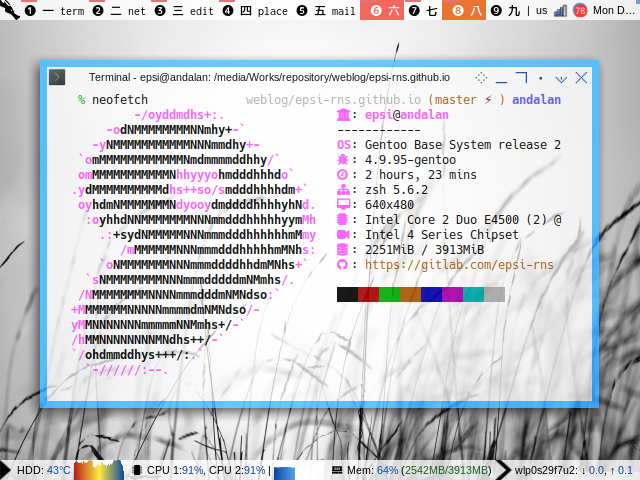 Put the statusbar code at the end of the rc.lua, and comment other statusbar.

If your distribution does not support lain library, you can clone Vicious in AwesomeWM configuration directory.

Now you can include the vicious as any other library.

So now we need at least four lua files. 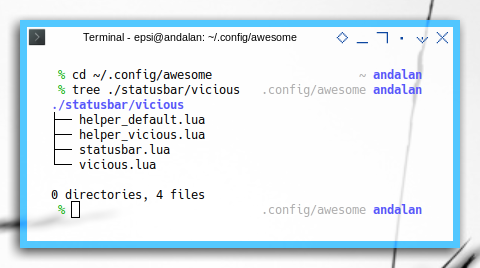 This part can be skipped, but I put it here anyway, just in case anyone looking for it 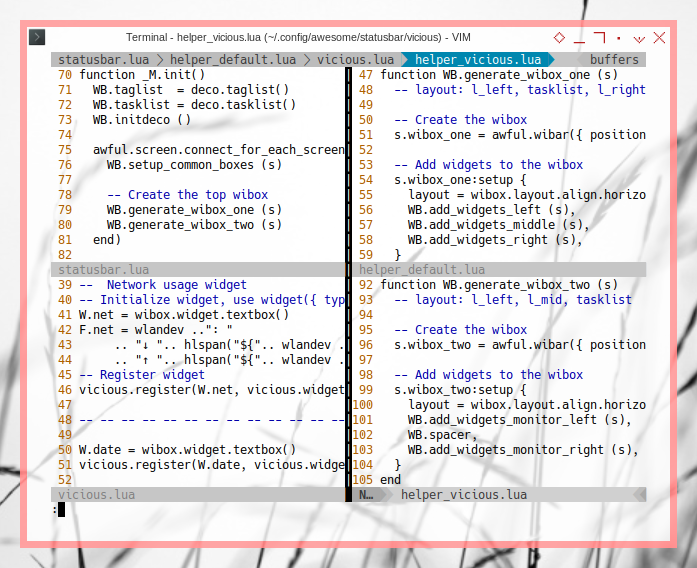 The best manual for vicious is the README.md, that you can read in its respective github. For example this Memory:

However the detail implementation might different from, one dotfiles to another ricer.

Step by step, the vicious.lua.

Since I have to separate files, I have these objects:

Formatting code is cumbersome, so I made these two shortucts.

Now my code is slightly different

As usual we put WB object

If you wish, you can add eye candy icon, just like shown in the figure above.

From icons.lua in theme directory.

And finally the helper

With those arrangement above we can setup more widget. Step by step, the vicious.lua.

Consider show the wdiget above in this example below:

Or this example below:

This is a little bit harder, since we should dive into Awesome documentation.

My customization is basically just a copy paste of above example.

It is pretty explanatory how the color change, from red to yellow in the middle and stop to blue at the right most.

And so is the memory, we can use smoother color.

If you do not like the color, just remember that this is just an example. I know I suck at aestethic aspect sometimes.

Now here is the graph_cpu and graph_mem, along with other widget

Luckily Awesome is so rich with Widget customization possibility. I must admit I still don not understand most of them. One of the is progressbar.

However this is an example that I can share so far:

We do not need to cache, because we have already cached it in left wibox.

Now here is the progress_cpu and progress_mem, alone without any other widget.

Now that we are done with vicious statusbar, we can learn about more interesting library called lain. 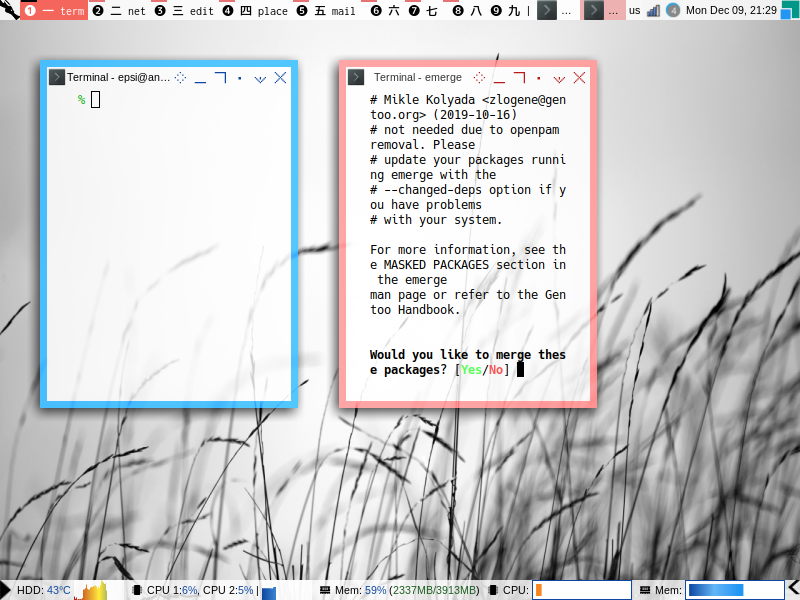